Cured to perfection and is the equivalent of Camille Giroud Bourgogne 98 vintage absolutely superb (without the huge price tag) For overall cost and quality this is hard to match on LB 100%.


A proper oldskool flavour Berry Blue aka Blueberry that goes back as far as the 1970's the genetics have changed over that time. This is an Indica strain made by crossing Purple Thai with Thai.
All items, once shipped, are in the hands of a third party, so please do not purchase if you will mark us down for any issues relating to slow delivery as we have no control over that department. We are giving back to this fantastic community by running prize draws and price drops all year long.

We are like the Nasdaq on LB when the BTC price drops our price drops!!

gypsum_fantastic
Any chance I can get something smaller at that rate?

We have 7g options on our A-grade variety boxes and also we have got 7g options on both our Silver Bubble & our Skywalker see the link attached above for the Obie One. And also read past reviews as this is from the same TECH and everyone who has sampled are all in agreement that both flavours are even better than the last. stealth was decent too I payed for extra as only a couple of quid.

Now the bud, well take a look for yourselves..

Much better than listing pics imo, manicuring not the finest but believe me if you do this solo after a few oz it hurts when you get the claw 😂

Nice blueberry wafts and more if you squeeze a nug.

aon initial impressions it looks like it could do with a bit more curing to develop flavor and take out a little of the tackiness left.

it mulched in the grinder, so I used what little pulp there was and broke some in by hand.

I was wrong, well it burned a little in even but not leaving bits unburnt if that makes sense.

taste is nice earthy and bluey not full Berry explosion but I think a few days to a week in curing jar will bring this out nicely.

went down a fucking treat though and feeling a little lean after that.

infact I've got the mad munchies, you know where its hurting and it moans at you 😂😂😂

Good stuff mate, im happy as a fan of blueberry.

Will update as I smoke more no doubt, hopefully I can cure a bit and not chong it all before that flavour develops its last phase

Apexskunk2
quick update, when back to box and I was drawn to this over the cat piss 😂

deffo cure jar this and it will be even more flavoursome Noted and thanks for your great feedback!

Greentech9.6/10
Yes Jboy, 267,
that’s correct all details are saved to the RM platform as that’s the only way that we can book postage.it’s not our platform that automatically saves details it’s RM so blame them.
We only cross over the details when we come across nasty little trollls and then we highlight the dodgy account for future reference all other orders are left as they have not acted usually so they never get cross referenced only the nasty troll accounts.

I almost forgot to add we then Google earth the postcode and if it persists we send a drone round to do thermal imaging, Ideally we would love to track and trace the Trolls 😂😂😂😂

Jboy267
Lies I use royal mail and dpd at work obviously they do whatever on the backend with customers details but your choosing to save the details after you do your bit you could simply delete all records the minute the order is gone but you choose to save them. We customers should unite report you to the borgs and have you removed im no troll I call it like I see it you were my first purchase on this account after losing my password due to a phone upgrade not that I have to explain myself to you even though I had to before you processed my order but I still rated your mediocre weed 9/10 I choose not to but from you it was after I learned you save peoples details that I decided to post on your page its bad business you get compensated for the work you do take the criticism and deal with it but I feel others should know before ordering that there detail will be saved by someone who shouldn't be saving them

Rant over good luck with your shoddy business 😘🤪

Greentech9.6/10
Please lower your score take it to a 1-10 as I know that's impossible as you have not purchased from us EVER!! (under your current front name)

So your opinion is garbage as it's the views of a sad little Troll who has nothing better to do in your sad little world... So please crack on and report us to Clean Up Borg as I am sure they would love to hear from you!

gypsum_fantastic
"it mulched in the grinder, so I used what little pulp there was and broke some in by hand."

That to me says not dried properly rather than not cured properly.

It's the thing that makes me most unhappy when buying things.

I am not paying for water.

Greentech9.6/10
Have you tried this flavour before?

Not trying to be a dick here. But wet weed is a bugbear of mine!

Its nice not wet, just at the time I got mine it was too tacky for grindwr.

seen it in many weeds my own grows from way back included, literally took a day or two in jar with a burp in morning.

it stank proper bluey and overpowered the tropicana in rhe following days.

really nice day or night smoke as flavour is Delish.

Green tech uploaded a pic of the remaining nugs curing away so expect any landing now to be even better than mine, which was still up there against all the blues I've had off here from both accounts 👍

gypsum_fantastic
I might reach for it in a while then ;)

Apologies Green for any offence, none intended!

Greentech9.6/10
None taken dude and we look forward to it 😉

Greentech9.6/10
I take my hat off to growers I have tried it without any success it’s a serious skill set 🙌

Apexskunk2
to produce mega herb it was hard graft when I done it.

Apexskunk2
I grown and smoked a few blue strains and Cross's 👌

Ive smoked it all too quickly lol

Apexskunk2
I was in the moment buzzing, wasn't that wet. more tacky and not suited to grinders, after a couple of days in jar it was better than tropicana banana for me 👍

gypsum_fantastic
Did the stalks snap directly after removing from packaging/jar?

Apexskunk2
tbh there wasn't any sizeable stalk in my 7g the bits that did wasn't bendy but not brittle snap.

really wasn't bad and I loved the taste that came through

sam508
Do love an old school blueberry! One of my favourites back in the day, that and bubblegum. 👍

Rastaman
Looks like budget weed going of the pics

Greentech9.6/10
Agreed Rastaman the picture is not great I need more pixels to do it justice I was thinking earlier to look at a phone upgrade as it would really shine with one of those new iPhones need to keep on saving though they are a small fortune. 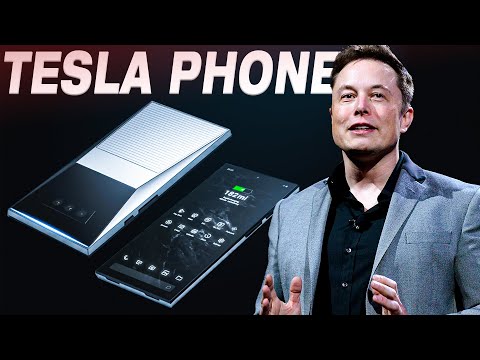 Yes, Samsungs are the governors I want to hold back though and wait to get the Tesla Pi Phone that's getting released soon it looks serious!

anyway, massive blue fan so will get a smoke report up ASAP ♥️

Inkfreak
I’m partial to some berry

MMAfreak
Same but homegrown weed at that price is insane and the trimjob looks shocking so much stalk and leaf. Should be £100 a half £180 a z from those pictures