on  {R.I.P. MVP}
Stanislav Petrov, The Cold War's Hero
Thats a helluva story too, how many Soviet soldiers saved the world?
+9 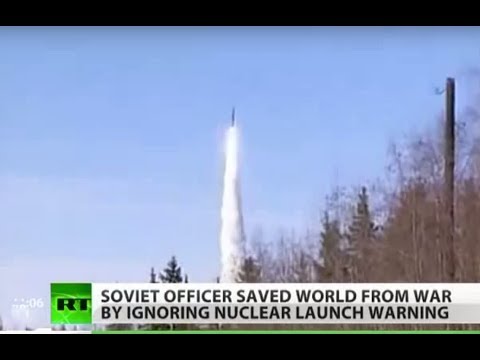 On September 26, 1983, Stanislav Petrov was on duty in charge of an early warning radar system in a bunker near Moscow, when just past midnight he saw the radar screen showing a single missile inbound from the United States and headed toward the Soviet Union.

He decided it was an error and stopped the Armageddon that his superiors were ready to commence.

Vaped
Watched the movie/documentary about this guy - with Kevin Kostner in it, I believe?

He was an unsung hero who lived a lousy life after he saved the world.

The next time I light a spliff, it will be in memory of Stanislav!

jonjon
Thats a helluva story too, how many Soviet soldiers saved the world?

How many people actually think US won world war 2? on  {stoned thouhhts)
4sure: Weed On Other Planets
started topic
+6

on  {stoned thouhhts)
4sure: Weed On Other Planets
Hear me out if theres intelligent life on one of the many other planets like this one they gonna be stoned on something so..

Now imagine if we could get our hands on some of that shit.

SmorganWeedman
Is there life on other planets, and can it get us high? asking the right questions xD on  {wanted items}
Load Balanced geo redundant High Availability failover Active/Active//Passive Self Replicating Servers that automaticall…
Any details about how this works?
0

on  {wanted items}
Load Balanced geo redundant High Availability failover Active/Active//Passive Self Replicating Servers that automatically move to a new destination, install and notify the donor to self destruct.

jonjon
Any details about how this works?

dejos
I'm not going to document the whole thing but can shed some light on the concept. I'm intentionally vague on certain things and have left out some details.

There is no turnkey solution for this, a lot of things involved have to be analysed on case by case basis.

So as example, there's some website that has information on, widespread corruption in some country. What could happen is the domain name and hosting being confiscated and shut down.

Next option then would be to host it on the dark web. While someone hosting content on the dark web may be safe in 95% off all cases, there's still 5% that have sufficient capacities to de-anonymise, locate and shut down.


Some out of the 5%, then would use one, or several reverse proxies. If they are de-anonymised then it would be of no worry. The actual content is elsewhere as the wise admin has chosen for a multi tiered approach, separating all roles. The content to which the RP points can be attached in many ways. Vpn, Layer2. Vpn, SSL, ... that can point to anywhere in the world. But this 2% forget something. Dark web traffic can be correlated using various tricks. So eventually it should get shut down.


To fix correlation attacks, all dark web traffic can be multipathed/multicircuited , a correlation attack takes time, up to 3 months. This adds complexity to the power of circuitry so adds months or years or research. This should cover most worries up to 99.5%. But never say never, a global well funded campaign, that will take years and cost fortunes may still be able to do so. So again, eventually it should get shut down and to set a global example anyone involved is severely punished, all data confiscated, people were tortured or killed. Anyone involved is no more. Doomsday shit. Time has turned against you, shit is being confiscated and shut down at such a speed that it outpaces your replication system, which gets activated if a host in the whole setup reaches a certain threshold. Leaving only the heartbeat between parent and child as the last resort.


The information you wanted to spread is backup up by several people and stored either on- or offline. But the original source is gone for good and did not even get the chance to share all of it because of the size of all data.


How would one fix that? An option could be to decentralise all data. Remember that there would be a multi tiered setup in place. You have your Frontend, Middleware and Ba on  blurrrrrrd
Death of a Dystopian (new yorker)
Legit suicide
+4

on  blurrrrrrd
Death of a Dystopian (new yorker)
http://www.newyorker.com/magazine/2017/04/10/death-of-a-dystopian
Aspiring Libertarian filmmaker David Crowley was shot dead with his family while making a film about the militarization of America. on  {nations}
Culture and dissent evolve in Singapore's new native language
http://www.nytimes.com/2016/05/14/opinion/do-you-speak-singlish.html?action=click&contentCollection=Americas&module=Trending&version=Full&region=Marginalia&pgtype=article
Repression only fuelled the growth of Singlish.

BuxomHobbit
What new language? They are all old languages and the bastard hybrid dialect dosen't have its own rules or words yet. it's a mix of them!
Pahah ha mind you any growing dialect that uses "Talk Cock" to mean nonsense has my whole hearted support.

The Chinese and Cantonese have been mixing English into their language for ages. Any modern word like computer or internet etc the English is used instead of creating a new Chinese word. Its due to the unique way their Kanji etc work.

Singlish is still extremely fluid and forming If it ever settles into a new Language it will be more like the bastard mix of German, Saxon,Viking, Latin & French that is English.

Our own beloved English is a git of a bastard language as its mixed routs are why everything is so Inconsistent. Unlike most Latin or more singular sourced languages hardly anything is phonetic and the rules of both grammar and spelling never apply to the whole language making it hard to learn and a bugger for native dyslexics.
I wont even start on what happened to English in the USA over the years.

on  {lb help}
I don't understand the vote what is it and what do I have to do?

jonjon
Up down, up, down

pee brain
Yeah but which one is which?

Han duo
Depends on how you are sitting on winston
2 posts
+2 votes
What coin exchange do people use??