please
login
or
register
close | privacy
we do not share your data with anyone and there are many ways to control the visibility and storage life of your data here.
but the internet is a public space and you should always assume your data could be compromised.
be smart with your password, use tor or a vpn, and use pgp for sensitive communications. close
chat
tony stark
+16
votes received
31
votes made on  {cannabis}
Practicing "Cannasexuals"
I give that hash 2 full squirts!
+19 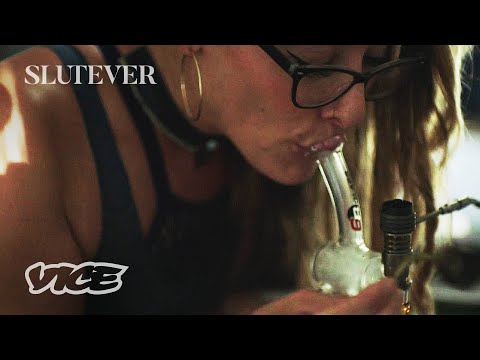 And here I thought I was special

Me and the wife had a good sex life before the weed, but holy shit does weed make it so much better.

Vape some of those concentrates and daaamn.

Hufflepuff9.2/10
You're not alone handsome.

bertie hipster
when you try a new strain go and masturbate....lol..

tony stark
I give that hash 2 full squirts!

sam love
Jizzed as soon as I opened the envelope, highly recommended.

ChronusBuds9.8/10
Recieved via the back door, opps too much.

on  Buds Bunny9.6/10
To DAB not NOT TO DAB DAT IS THE QUESTIONNN!
this made me laugh. poor talented man up in flames…
0

Haze4daysCheesse4zs
Not everyone is a old school smoker but dabbing is great for high concentration top up, medical use or for vapers.

I love flower in a good traditional joint/blunt as I find it more sociable as a smoker nd enjoy it the smoother, mellow teprens although I don't miss the extra thc concentrate lol.

Great to have the option but I've got to say I'd stick to what I know and has been practiced for 1000s of years.

I Rastafar
and the answer is why not? I used to think it was an an unnatural thing because your trading plants for chemicals but the question(nn) doesnt really preclude dabbing a few times becuase its fun and social. as for me Im closer to Jah when im a layer closer to the ground where i shall rest in his arms when i leave this babylon.

Ruben Dianza
social are you nuts who wants to hang out with fuckin Richard Pryor ?

Lankybastard
Richard thought it was funny, so much so he made it part of his routine on stage. I would have loved to hang out with him, but God had other plans. R.I.P. Richard. You were the greatest!

tony stark
this made me laugh. poor talented man up in flames so funny for some reason maybe because he was a comedian you know he would have to find that shit funny for his own self right

Lankybastard
Exactly. He made the subject part of his routine. I got in trouble for making my current situation into a joke. Really pissed them off. Let them be pissed off. Before you ask what l have bipolar disorder.

ibach
Silly biggers this talk is for kids. The dab revolution is in it's earliest, most spermy stage right now. However amongst friends here I can confirm that the one egg in a billion, that is the ibach Dab Solution Experience has made it past the first stage of research and is in early testing.

mj3b1 lewis
I like it because it's way stealthier and a tiny bit goes a long way, this is easier than hassling with weed but I think it takes some work to get the dosing right to be fair.

Lankybastard
ALOT of work for me. on  {growing bud}
Flushing Cannabis - is it bro science ? 
I’ve recently seen a discussion that was inspired by a study into cannabis production ( pdf linked above ).
One of the things the study investigated was the impact of flushing soil grown cannabis plants with nutrient free water two weeks prior to harvest to determine whether it had the intended effect of reducing nutrient concentrations in dried bud.

According to the study - “Flushing is currently standard common practice used by many cannabis producers. This involves irrigating the plants with nutrient free water for the last two weeks before harvest. The belief is that this method of irrigation will reduce the concentration of nutrients within the bud. This reduction is then believed to have impacts on the taste of the final product when consumed. Regardless of the anecdotal impacts on taste, there is little evidence that flushing the root zone during the final phase of production would result in a net export of nutrients from the maturing bud.”


So contrary to common practice the attached study suggests flushing has almost no impact on the amount of nutrients measured in the end product. The only benefit of flushing is that the grower can use water for the final two weeks with no effect on the final yield suggesting the only benefit to flushing is that the grower can save on nutrient cost during the final two weeks of the grow cycle.
I’m sure we all know someone who’s ruined a crop from over feeding but the Cannabis for this study was grown in a lab by people who really know what they are doing.


Until I read this study I was under the impression that flushing a crop is essential and to not flush is almost a sin but is it all in the dry and cure?
There’s no denying properly cured cannabis is a different beast to something that’s been flash dried and bagged within two weeks of harvest.
Is drying in a controlled environment and a proper cure where the real magic happens and the real break down of nutrients occurs (if it happens at all)?
Is flushing stoner science?
Does anyone know what the deal is with food crops and are these flushed before being sold to consumers?
Is it just cannabis farmers that flush crops?.


I would love to hear experiences and ideas around this, I think it’s a very interesting subject especially when presented with a study that goes against what is common practice.

tony stark
no its science bro ;)

downHillz
You're both right bros!

greenhedge1
I believe when growing with hydro you must flush the last two weeks, two pump out the nutrients, soil organically grown is different because all the nutrients are in the soil. So I believe with arable farming it’s the same context which is why shit is sprayed as opposed to anything else at guess. I do actually know an arable farmer, so I will ask out of interest.

nlxxhz1001
Thanks for the reply, that’s very interesting especially regarding the hydro vs soil, I’m also really interested to know what the arable farmer has to say.
Would also love to hear from some hydro growers and their methods, I know there are specific products like Canna flush that allow nutrients to be used during the later stages of flowering.

nlxxhz1001
I can tell, your smoke is awesome!

greenhedge1
Yeah I will speak ask him, I’m seeing him this week, he is an ole boy and hasn’t farmed for the last the couple of decades so his advice will be from during his time of farming. But this is a great thread and would be great to read other people s views and info on things as it’s great to learn.

jj56379019.8/10
Knowing when the individual strain has is ready , making sure your water ph then flush 7 days as a rule. you can speed it by using some organic products but end of the day its patience .The most important thing after this curing the weed which a lot of people rush and after spending that much time growing is stupid

epix
agreed... this is why comms with the community is so important. It helps give an idea of what you're all about and JJ is making me very interested in his product with his community comms. So he's now guaranteed to get me to at least buy a sample and give him a shot.

nlxxhz1001
That’s awesome, looking forward to hearing what he’s got to say. Thanks.

0.0
Im no expert...but ive grown soil and tested flushing and not with the same strain...there was a marked difference... in that the smoke was indeed smoother than the girl i didnt flush...having said this...the rougher smoke was still enjoyable in her own way...i should add..i used synthetic nutes...i've since moved to only organic and will repeat the test with this grow in 2 weeks

nlxxhz1001
Let us know how the test goes, I’d love to hear. To be honest I have the same experience as you, I have only ever grown organically but I still felt there was a difference although that difference became smaller once both were properly cured.

0.0
100% agree with you on results after a decent cure...terps can (in my experience) differ sooo much...so many variables to consider...not just genetics and various phenos...but even where a particular plant was in a tent...my OCD is begining to show now :)

nlxxhz1001
The OCD with plants is real, I understand totally! Haha.
The crop I tested were clones from a very stable strain so it’s interesting you had the same result with different strains.
But yeah, so many variables, it’s crazy.
Apart from confusing people like me I guess the good thing with cannabis becoming more widely accepted is that we will get more controlled studies like this.

nlxxhz1001
It’s brother haha, and I just replied to the PM you sent a couple of days ago.. totally missed it sorry. on  The Men Who Brought You
The Middle East Occupation Racket

zeffaluva9/10
http://finance.yahoo.com/news/isis-turning-us-humvees-iraqs-153100091.html
These cunts are selling to both sides of the war, the used shit goes to Isis.

They get second pick, first choice goes to the US police.

The Tree Shop9.2/10
I think they should have formed a war games sports league with this stuff, kind of like monster truck rallies.

fan4
http://www.msnbc.com/msnbc/building-momentum-regime-change-rumsfe
There's plenty of evidence they were making up the weapons of mass destruction as one of several possible narratives to invade.

The Men Who Brought You George W Bush:
Play: Invade and occupy Iraq in pursuit of non-existent weapons.
Payoff: Established the most sustainable and profitable state of war in history.
Notable: Escaped his own military duty in Vietnam with deal by his father, President and CIA Director George HW Bush.

glue gunman
The old Bush seemed like a good man I can't see him doing it for a son with little promise.

The Men Who Brought You
"I got a young man named George W. Bush into the Texas Air Guard - and I'm ashamed." The words of former Texas Lt. Governor Ben Barnes. on  {life extension}
a tour of your home for the next 1000 years
This looks like the ghetto option for sure, equipm…
+14 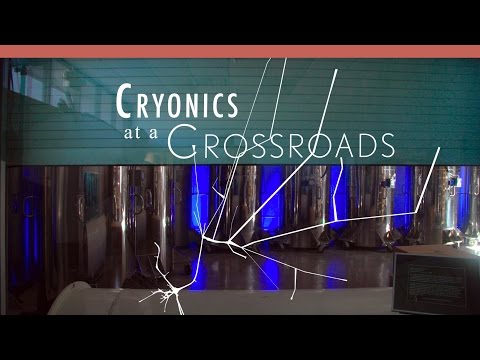 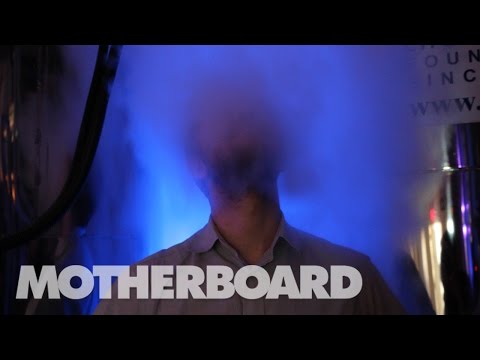 Heres a fresher vid from motherboard

Signing a contract with this guy for eternity huh, sort of gives me a funny feeling

A.D.D.MEN9.5/10
"You know your flesh looks so delicious were just gonna skip the contract this time." 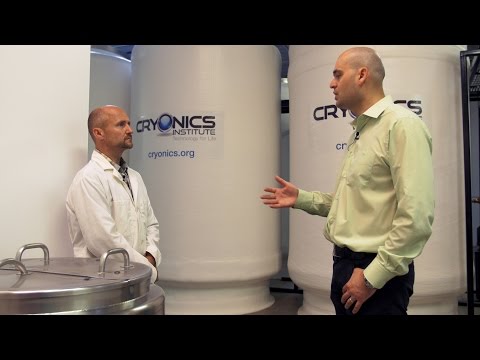 Well you could always hit up their rival the Cryonics Institute

tony stark
This looks like the ghetto option for sure, equipment looks like radio shack and home boys lab coat don't even fit.

A.D.D.MEN9.5/10
Thats not a coat its a cooling jacket, this guys already come back. Recessionista8.5/10
Currently we are offering women's wear and accessories only.